This 1971 interview with mystery writer Rex Stout, written by Israel Shenker for The New York Times and published in the Salt Lake Tribune on Dec. 5, 1971, is an interesting look at Stout’s politics – “And I’d like to live another year so that Nixon won’t be President. If he’s re-elected I’ll have to live another four years.” – and his taste in literature:

“In The Glass Key Dash Hammett did the thing Hemingway tried to do in every book he ever wrote, and a better job of it – establishing the essential manliness of a hero by telling a story about him, what he did and what he said and how he handled a situation.”

If you’re keeping track, Nixon was re-elected and Stout lived another four years (Dec. 1, 1886 – Oct. 27, 1975), which was long enough for him to see Nixon resign the office in disgrace. Click the image below for a larger view. 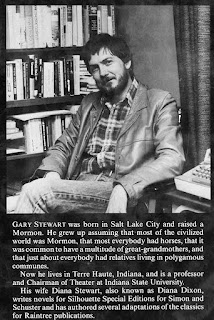